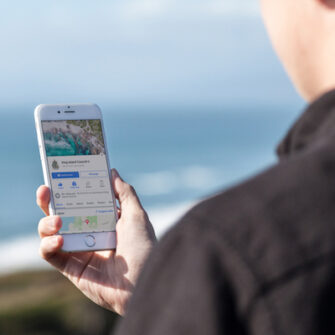 The right and wrong ways to engage with councils

The rise of social media as a tool for communities to engage in local democracy has many benefits, however, it has a darker side. The harassment of Tasmanian Councillors via social media is very is concerning. It is an issue that is increasingly being experienced in Local Government not just in Tasmania but nationally, and by council staff as well as elected representatives.

Increasing incidence of bullying and harassment by social media appears to be a consequence of two significant cultural changes. Firstly, a trend internationally and nationally to be focussed more on short term political spin than long term policy and outcomes and secondly a willingness to accept untested issues raised through social media and beyond that, disseminate this untested and often inaccurate information at the click of a button. A normalisation of ‘nastiness’ seems to be occurring in parallel to a diminishing trust of all levels of Government.

In all of the noise, the important role of councils gets lost, as does the understanding of just how accessible your council and councillors are and how easily communities can engage in local democracy.

Local Government’s role has expanded over time from historically building roads, bridges and public buildings to providing a wide range of community services such as sport and recreational facilities, community care, health and welfare services.  Councils are also planning for climate impacts, promoting economic growth, managing the local environment, undertaking strategic land use planning as well as the large number of statutory roles on behalf of Federal and State Government. The list of functions is both diverse and extensive.

In doing all this, councils are working in a highly visible and accessible way. Council meetings are open to the public, councillors publish contact information and councils engage with the community in a variety of ways.

There is much confusion around what Local Government councillors do and what they get paid in Tasmania. Councillors are not paid salaries but receive an allowance to cover some of the costs involved in having to phone, write and visit constituents, participate in community events and attend council meetings. Allowances are relatively small compared to the significant number of hours committed. In smaller Tasmanian councils the annual allowance is currently $9546 ranging through to $37198 for the major metropolitan councils.

LGAT’s regular post-election survey of Elected Members reveals that a majority of councillors reported spending in excess of 15 hours per week on council business, with many doing much more.  A Mayor will generally work in excess of 50 hours a week for Council. Given many councillors are self-employed or work full-time, council activity represents a considerable workload in addition to their other paid employment.  Further, combined with high levels of involvement with organisations other than council, the commitment of local elected representatives to their communities is significant.

The work of councils is complex and the decisions being made are critically important to communities.  Councillors normally have only a few days to read and understand hundreds of pages of agenda for each meeting. They also need to find time to follow-up residents’ requests, speak with staff, attend meetings and fit that around work and home. They also might be needed at openings, celebrations, presentations, community events, art shows, festivals, exhibitions, business awards, business breakfasts, school plays, science shows and charity functions.  And there can be tough days, days when they have to make a decision despite empathising with both sides of the argument and knowing that their vote is going to disappoint or disadvantage someone who has convincing concerns.

So the next time you are thinking about criticising a councillor on social media ask yourself the following: