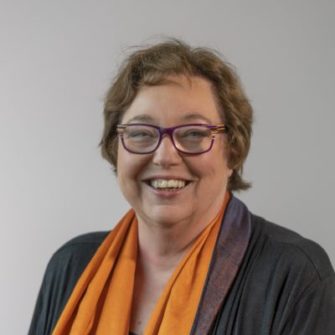 King Island Council’s employment consultant, Blackadder Associates, have had a good response to the advertising of the Council’s General Manager position. Over 30 applicants have now been selected down to 12.

Preliminary interviews last weekend have now further reduced this number to between three and five applicants. Councillors will make their final decision following face to face interviews at the end of the month. In the best case scenario, we hope to have a new General Manager selected, appointed and starting work with us in July or mid August.

I was joined by chair of the King Island Shipping Group Greg Morris and Acting General Manager to meet with TasPort executives to again emphasise the strategic importance of a workable outcome to the current expressions of interest exercise for a shipping service. Council has asked for copies of the Expressions of Interest document for review.

Modelling of financial options to make our airport sustainable have continued. As the first of a round of discussions with all our airport partners, I had a very useful meeting in Sydney with the Chairman and two senior executives of REX.

Along with the budget, Councillors have been working on the Land Use Plan 2018, which is coming before Council at our next meeting on the 18th of June.

It was great to meet with the executives of Wave Swell Energy project and to attend their town hall Q&A session. If the wave energy prototype proceeds to inception, it will mean Hydro Tasmania’s King Island grid will be one of first energy systems in the world to integrate three renewable energy streams of wind, solar and wave power. This will add to the tourists who visit King Island to learn about what we do here.

The issue of the Naracoopa Jetty has been raised with Council. The format of work on the jetty will allow for three stages.

The first is in relation to the area covered by Council’s insurance claim for damage sustained in March 2018. This is a priority and management have advised these repairs will be started urgently.

The financing of longer term repairs and the exact works required is under discussion and I am not yet sure of the timing.

Councillors have spent substantial time this month in working on framing the 2019-2020 budget. This is a confronting exercise with Councillors struggling to find solutions in several areas.

A major part of problems Councillors face is because the current computer system struggles to provide detailed and usable figures for some of the financial areas.

EPA compliance issues in the waste area will form a priority for Council in relation to capital expenditure for 2019-20, this will restrict the cash and therefore expenditure available for other capital and operational areas. These waste management costs are estimated to be between $300,000 and $500,000.

At this stage it is unlikely the King Island Council budget for 2019-2020 will be finished by June.

Once the budget, rates and fees have been set for 2019-20 I will present the whole budget to the community. This, I hope, will be an opportunity to explain how we have come to our decisions and to ensure there are no misconceptions about the budget which will affect us all.

I plan to take questions from community members at this time, so we all understand both the process and intent.

I would also take this opportunity to remind King Islanders I am available at the CWA Hall every Friday afternoon, for anyone who wishes to talk to me about Council issues.