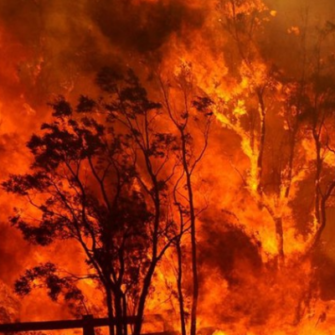 King Island Mayor Julie Arnold has extended the hand of friendship and support to Kangaroo Island following the enormous and devastating fires there.

“I have opened the King Island mayoral fund for King Islanders to donate to our sister island in her time of need,” said Mayor Julie Arnold.

“Our general manager has made contact with Kangaroo Island Council, expressed our condolences and support at such a traumatic and difficult time.

“King Islanders can go into the Westpac branch in Currie, the Council Chambers or go online to donate to BSB: 037 602 Account: 630789. Donors are asked to clearly identify that funds are for the King Island/Kangaroo Island bushfire appeal and request a receipt by emailing accounts@kingisland.tas.gov.au including your name, the amount of your donation and the date you paid it.

“The entire proceeds will be transferred to the Kangaroo Island Mayoral Bushfire Fund.

“The Government has announced all disaster relief payments being made to individuals and businesses impacted by the devastating bushfires are tax exempt,” said Mayor Arnold.

The Kangaroo Island blaze tore through 162,000 hectares — or a third of the island — on the western end, destroying a large part of the Flinders Chase National Park, razing 56 homes. A father and son died as they tried to flee the flames.

Kangaroo Island is just 13.5 kilometres from the mainland at its closest point. It encompasses an area of 4,400 square kilometres and has a resident population of approximately 4,500. Kangaroo Island enjoys around 200,000 visitors each year, and was expected to total $168 million in 2020.