Launch into our Future

Suggestions for the future of the Island, which will feed into Council’s Strategic Planning process were captured as part of Youth week activities, which culminated in the official launch of the skatepark at a Party in the Park. This proved to be a great way to see out the end of the term, with 100 people in attendance.

The students at King Island District High School (KIDHS) were instrumental in the success of the event, having recorded promotions which aired on King Island Radio, contributed to event planning and more.

Mitchell Delaney and Kobi Bell brought their skill to the event, inspiring younger students to try skateboarding and taking ownership of the distribution of equipment, which was gifted to the Island by Grind Projects (who built the upgrade).

The wordcloud below represents the responses received from the Island’s youth. 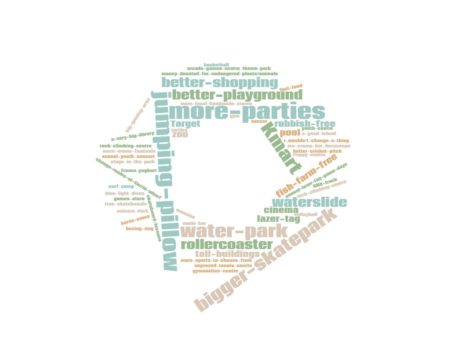