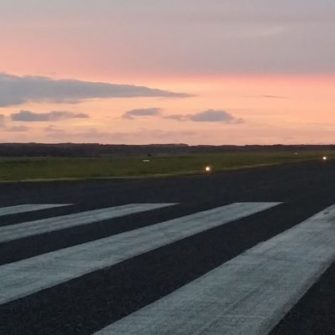 With support from the Tasmanian Government and facilitated by the CEO of Tourism Tasmania’s John Fitzgerald, the commitment comes after both parties expressed their willingness to work together on a longer-term solution.

Providing airlines with certainty of cost and residents and visitors with reliable and frequent links to Melbourne and mainland Tasmania remains the focus for Council, which services its Island community of 1600 residents, as well as its growing tourism market.

Agreeing to place the increase of its airport charges for all airlines on hold until 1 April 2019 to facilitate the negotiation of these long-term partnership agreements, King Island Council welcomed Rex’s reinstatement of its Tuesday and Wednesday service from Tullamarine until the same date. The flights will recommence on 30 October 2018 and will operate through until the end of March 2019.

The Mayor of King Island, Duncan McFie, said he was “looking forward to working constructively, cooperatively and in a mutually respectful manner with Rex to create a win-win for the Island and Rex”. Mr McFie added that “protecting Island access for our residents and visitors is of paramount importance to King Island Council and that is why we are working closely with airlines and the Tasmanian Government on a way forward”.