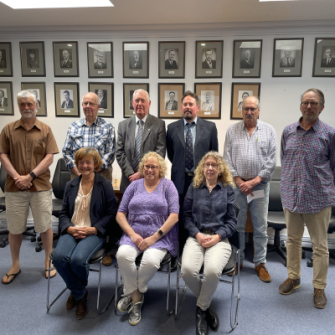 After receipt of the official Certificate of Election from the Tasmanian Electoral Commission, King Island Council held a formal Declaration of Office Ceremony at the Council Chambers on 8 November 2022.

The General Manager, Kate Mauric congratulated and welcomed 2 new Councillors and the 7 Councillors who remained in office from the previous term.

The following Councillors were elected for a four-year term:

Each Councillor was required to read and sign their Declaration of Office – under the Local Government Act 1993 s.321 before the General Manager.

Voting was compulsory for the first time in the State’s local government history.  King Island had 1,049 ballots returned with a response rate of 88.97% giving King Island the highest return rate for the State.