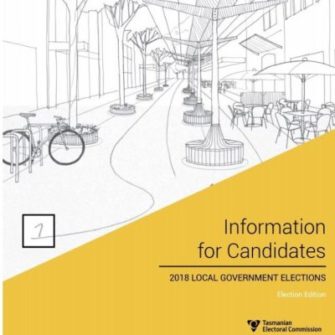 The Candidate Information Booklet is an important reference for intending candidates.

Following the recent announcement of expenditure limit changes, a new version has been produced for this election. A hard copy can be obtained from Council Chambers or downloaded from the Tasmanian Electoral Commission website.

The nomination form, which forms part of the booklet, may only be lodged once nominations open on Monday 10 September.