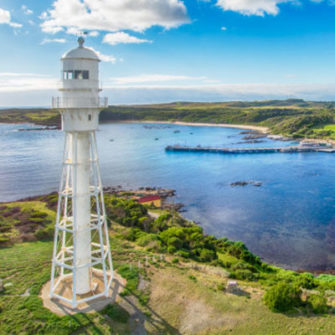 A Development Application (DA 2018/21) for a water bottling facility was submitted to King Island Council by Duncan McFie on 22 May 2018. It was advertised in the King Island Courier and the Advocate on 30 May 2018, as well as on the King Island Council Website pursuant to section 57 of the Land Use Planning Approvals Act 1993. No representations were made in relation to the proposal during the 14-day advertising period, which is now closed. The application is currently being assessed.

Bloolp Bloolp was established by Director and Founder Duncan McFie in recognition of the community’s desire for better tasting drinking water and since its inception has been providing large (15L) water dispensers for home and office use across the Island. As with most members of this close-knit community, however, Duncan also wears a number of different hats, and has served on the King Island Council since 2006 and as Mayor since 2014.

No Preferential Treatment on DA’s